If you have a blog, website or even a Facebook page, you are welcome to link to any page we have on our site. 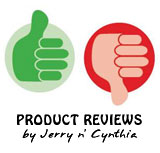 We bought a 2008 Palomino Gazelle G210 Travel Trailer in Mississippi from the original owner in February 2009. The original owner purchased the camper and went on 3 local camping trips before deciding camping wasn't for him. When we picked up the camper it was in just as good (if not better) shape as if it had been on a dealer lot. We will cover the camper from the outside in, so this will be a fairly long review. Better get a glass of tea before you start.

The camper is 23' overall length and the box is 19', so we refer to it as a 19' camper even though the model insinuates it is 21'. It came with a cover for the propane tanks on the tongue but we got rid of that as it scuffed the fiberglass of the camper badly. It also vibrated in the breeze when the trailer was being towed. The 2 rubber clamps to hold it down were very inefficient. It is obvious that very little thought went into designing the holding mechanism.

The camper has a high cargo carrying capacity (CCC) and this is one of the primary reasons we bought it. The frame is solid but the body supports that attach to the frame are not. The paint or coating job was poorly done and we decided to repaint the entire underside to prevent rust. The axles were showing heavy signs of rust so we sanded them and painted them with a rust preventative paint. We found numerous other spots where rust was forming so we cleaned those as well before repainting. We think this frame was the last one painted on Friday afternoon just before quitting time.

The BAL jacks were good but the angle iron that was added to support them could have been done better. Had they added 2 strips to attach this angle iron to the bumper, it would have significantly increased the strength of the assembly. Once again, we don't believe much thought went into this design.

The steps work well but as with everything else under the trailer, they had to be sanded and repainted. The fresh water holding tank vent is mounted on the side of the tank and thus you cannot fill the tank to capacity. It should have been mounted on top so we could hold 31 gallons instead of about 22! The black and gray tanks were mounted well and the plumbing was good to go. Two pieces of angle iron were used to keep the tanks from moving and neither had any paint or coating on them whatsoever. They were extremely rusted and had to be replaced.

The wiring, gas plumbing and other plumbing lines were done satisfactorily. We have not had any issues with any of that part of the camper. We did tap into the furnace gas line and added a "tee" so I could connect a Blue Flame heater during the winter. This would have been a nice option to have from the factory.

The installation of the fiberglass on the outside of the camper was poorly done. You can easily see each seam on the sides of the camper as well as the front. The biggest issue with the fiberglass is that on the front of the camper, the glue has failed and there is minor delamination on the lower portion of the front facing. Since we bought the camper used, there is no warranty coverage for this so we are out of luck. We're not sure if they used cheap glue or what, but delamination like this on a 2 year old trailer is unacceptable quality.

Speaking of warranties... we dislike that some manufacturer's void your warranty if you live in your camper. Essentially, they are saying we will warranty the camper if you only use it on Spring Break, Memorial Day, 4th of July and Labor Day weekends. We think you should build a quality camper and stand behind it, that's how you will stand out in this business!

The rubber roof was done reasonably well but the way the sealant was globbed on, it looked like the guy was in a race to see how fast he could finish instead of making sure everything was sealed properly. We put Eternabond Roof Repair Tape over every seam and every edge. We didn't feel comfortable about the sealing job they did lasting that long. Eternabond has a very long warranty and if you ask us, we think the manufacturers should use it instead of the goopy sealant.

We added Maxxair covers over the vents and replaced the holding tank vent cap with a Cyclone Vent Cover. The Maxxair covers offer better protection and we can leave the vents open in the rain. The Cyclone does a wonderful job of drawing holding tank odors up away from the camper. Yet again, simple changes that the factory could do but to save money, they don't.

We're not sure why manufacturer's still use the ugliest colors and patterns known to man in modern campers, but they do. Who in the world did they hire that thought this is what consumers want? Get rid of the border, the puffy window and door covers, etc. Decorate the camper like a home... you can do it and Home Depot can help if you can't come up with your own ideas.

On the screen door we added a Crossbar so we wouldn't be grabbing the plastic to pull the door shut. Inside the door to the left is a cabinet and TV area. This was all done well and we have no qualms about how this was laid out. It will hold a TV up to about 26" wide and there is ample clearance above the TV to add a shelf (which we did).

The camper bathroom has a small tub/shower, a plastic sink and a small counter area. The toilet is your every day Thetford foot flush model and the sink and tub controls are cheap, plastic and prone to leakage. We've already replaced the shower faucet with a better quality unit from Lowe's. The tub was not supported well when it was installed. Ours is the model where you can sit down but the part you sat on had no support at all. Your weight would cause the tub to go down creating a gap between the tub and shower wall. Water would go down in and under the tub, right where the electric service comes in! We bought some wood at Lowe's and fabricated a support for under the tub to prevent this from happening. Additionally, they did not add a center support for the part where you stand so we had to add this as well. Had we not added these supports, the tub would have eventually cracked from the flexing.

The fridge is great. No problems at all with it. It's a Dometic model with separate fridge and freezer and it does a wonderful job. It runs on both electric and propane which is very handy. The unit is well made and well designed and it holds a lot of food.

The converter that came with the camper was the Elixir ELX-45. It went bad shortly after we got the camper so we replaced with a higher quality unit. The new unit has worked flawlessly, runs everything with no problem and keeps that batteries properly charged.

The stove and microwave work well and we have not had any issues with either of them. The stove is a Suburban model and the microwave is made by Magic Chef. We have the double sink and we really like that. The faucet is the same cheap plastic that is in the bathroom but so far it is holding up. We will eventually replace it with a quality set from Lowe's.

The Suburban furnace is great and will heat up the camper quickly. But we have to say this... why are they still installing analog thermostats in this day and age? We replaced the pitiful analog thermostat with a digital thermostat. Much better performance, it cycles much better and the temperature is better maintained. Our camper has ducted A/C which is a very nice feature, it does a good job of keeping the camper cool even in the hottest days. The roof air is a 13.5K BTU Dometic unit and it does the job. It got a work out this past summer and it handled it with ease.

The cabinetry is good, no major complaints here. Shelving could have been added in more places but we were able to do that ourselves. Making use of every bit if available space is important in a camper. The dinette, however, was sorely lacking. It was very uncomfortable and although it gave us storage under the benches, we yanked it out. We replaced it with very comfortable leather chairs and now we can relax while we eat or watch TV. The old dinette went to the county dump.

The mattress that came in the camper was good for weekend outings but we swapped it out for an 8" memory foam mattress. Ahh, much better! Storage under the bed is good and the wardrobe is sufficient for the space it takes up. The design of the front of the interior is good, I'll give them credit for that.

We've had to do a lot of modifications to the camper to make it more user friendly for us. We also added 270 watts of solar and additional batteries so we could camp without hookups for longer periods. You can view all of the mods we did on this page. Feel free to use any of the ideas.

All that being said, we have corrected almost every issue that should be done to every unit at the factory. The mods we have done have drastically improved the camper and helped make it feel a little more like home for us. We'll hang on to this camper until we can find an affordable camper with a 28-30" wide entry door or a ramp of some sort. With Jerry having to use a wheelchair now, we need a camper that he can get into and have a little maneuvering room inside.

Overall, the Palomino Travel Trailer gets a 3 out of 5.

| Return to the Product Review Index |


New comments have been disabled due to spammers.